The European Days of Jewish Culture: about 5,000 people visited the institutions of the Jewish community of Oporto 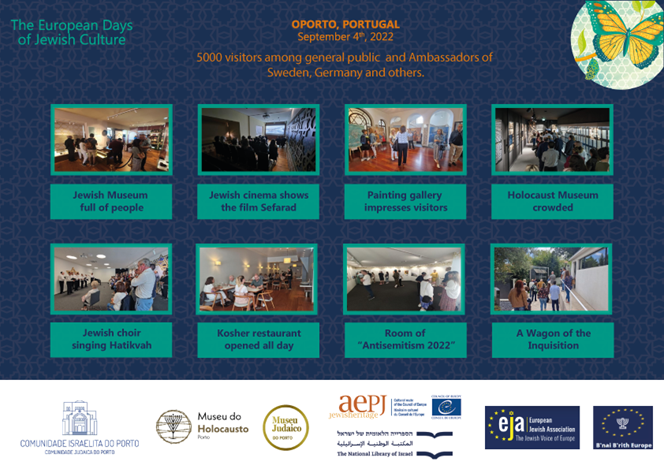 5000 visitors among general public and Ambassadors of Sweden, Germany and others

To mark the festive day, the Jewish Community in Porto opened the doors of community institutions to the public, including the Jewish Museum and the Holocaust Museum in the city.

The choir of the active Mekor Haim Synagogue in the city, a magnificent synagogue that is often filled with hundreds of people from thirty countries, sang for the visitors some of the best traditional Jewish songs and the visitors were even invited to an exhibition of paintings and a kosher Israeli meal at the local Iberia restaurant.

In addition, hundreds of people were watching the film "Sefarad" that tells the story of the modern Jewish community in the city, founded in 1923 by Jews of Ashkenazi origin and one army man, Captain Barros Basto, who became "the Portuguese Dreyfus" because he was expelled from the Army to be Jewish.

“My grandfather would have been very happy to be here today," added Isabel Barros, the granddaughter of Captain Barros Basto, "my grandfather was not only a community leader but also a student, a writer and a follower of Jewish culture. Today, not only is the synagogue that he built is full of people and life, the community also has a museum that tells the story of the Jewish community here and educates new generations of students, a gallery and a Holocaust museum - all serve as a daily reminder that Jews must not leave their security to anyone but themselves,” added Barros, who currently serves as the vice president of the Jewish community in Porto.

The Jewish community of Oporto is composed of about 700 Jews and hundreds of foreigner students who are also part of the community and its achdut centers.

"It is a great pride to see the full Jewish life taking place in the city and a sense of an important mission achieving its goal. Teenagers and families come here from all over Europe, to get to know and witness the wonder of the revival of Jewish life, especially in the city where the persecution of the Jews was great and terrible. We are happy to repair and renew the days of the community as before,” said Jacob Levi, a member of Bnai Brit Portugal.

The new gallery of paintings shows the history of the 1000 years of Jewish community in Oporto.

"As a Sephardic born in Venezuela who dreamed her entire life of what the Jewish life of the Sepharadim could have looked like here, I am proud to see the city of Porto and its residents appreciating an exhibition of paintings collected over many years in an attempt to trace and document the history of the Jewish people here for a thousand years. A story of victory, prosperity but also of persecution, expulsion, and now again of growing anti-Semitism ," said Flor Mizrahi, one of the organizers of the event and a member of the local Jewish community. 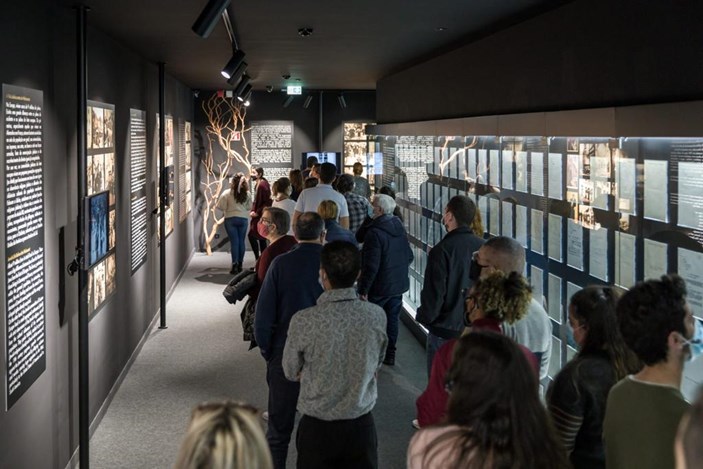