In partnership with European Jewish Association, the Holocaust Museum of Oporto commemorated the International Day against Antisemitism on November 9th. The date corresponds to the 84th Anniversary of Kristallnacht ("Night of Broken Glass"), a pogrom organized by the Nazis on the night of November 9, 1938.

At the Holocaust Museum of Oporto, an exhibition related to the “Night of Broken Glass” was presented by Dr. Michael Rothwell, director of the Museum, whose family was victimized that night, as every window in his grandfather's shoe shop was violently smashed. 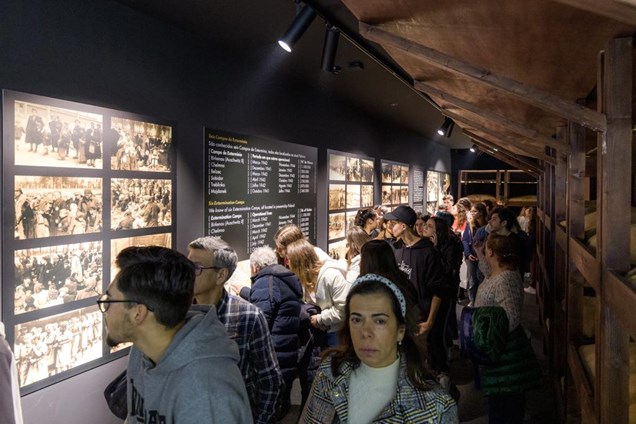 In addition, a flame was lit in the Museum's Memorial Room with the names of tens of thousands of people murdered. The lighting of the flame was carried out by students from the schools present.

Also the Jewish Museum of Oporto presented a program that included a guided tour of the Modern Antisemitism Room, which shows the growth of the phenomenon in Portugal between 2015 and 2022 and the screening of the film "Sefarad", which tells the story of the Portuguese Dreyfus – Captain Barros Basto –, who was expelled from the army to be Jew.

Gabriel Senderowicz, the president of Jewish community of Oporto said “In many countries, Jews don’t count. they are not among the minorities to be protected, because they are seen as “white”, rich and plutocrats with their own state in Israel. Currently anti-Semitism is the rejection of Jewish people, the Jewish principles, synagogue Jews, business Jews, and all Jews who are not fully converted to modernism and its values.” 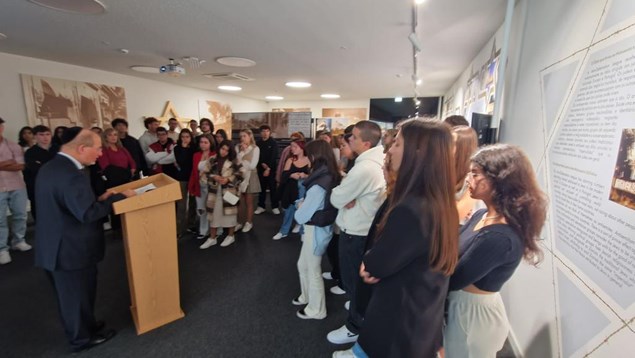 Generations after the end of the Shoah, antisemitism is worryingly on the rise, in Europe and beyond. The European Union is determined to put an end to it. The EU strategy on combating antisemitism and fostering Jewish life (2021-2030) is a very ambitious strategy that faces much resistance not only in the general societies but also in national governments and parliaments.

“European Union will certainly manage to promote the return of the Jewish people, their culture and religion. This is more than possible. However, as soon as Jewish communities start making a strong mark in European territory, the influential antisemites in society will attempt to destroy Jewish life bit by bit, using the same miths and methods employed in the past”, Senderowicz adds.