The Mayor of Oporto, Rui Moreira, at the Jewish Museum

In front of an audience of about one hundred and fifty people, the Jewish Museum of Oporto received the Commendation of the Chain of Merit of the king Peter I of Brazil and IV of Portugal.

The award was made by the Minerva Council of the Federal University of Rio de Janeiro (previously the University of Brazil). The President of the organization, Sebastião Amoêdo de Barros explained that "the choice of the Jewish Museum of Oporto for the Commendation is due to its educational role for freedom and the support of the Jewish community for liberal causes". 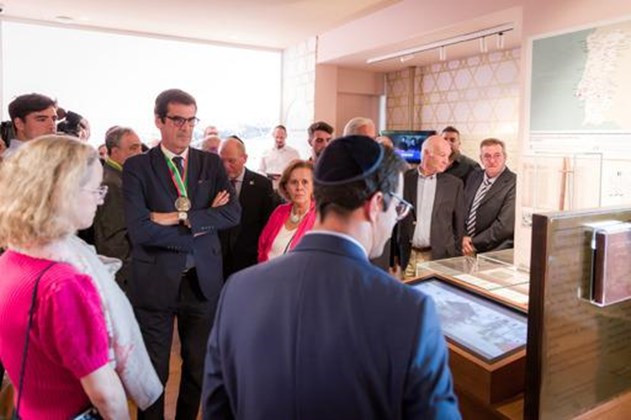 The commendation now received by the Jewish Museum of Oporto has as a reference the work of Dom Pedro in favor of the independence of Brazil and in favor of the liberal struggles in Portugal, where he is revered as “Soldier King” and “Liberator”.

The Mayor of Oporto, Rui Moreira, himself a descendant of Jews, spoke during the event, saying that "The Kadoorie Synagogue, the Jewish Museum and the Holocaust Museum of Oporto are three symbols of freedom that this city has always stood for. This community, with its immense religious and cultural activities, shows the strength of the Jews". Rui Moreira used a kipah while speaking. 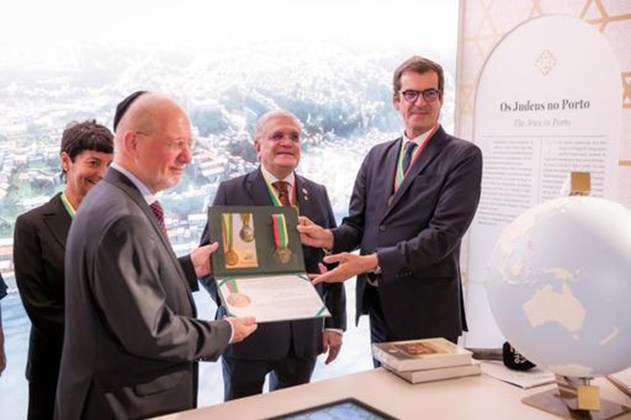 Michael Rothwell, director of the Jewish Museum of Oporto, Sebastião Amoêdo de Barros, president of the  Minerva Council, and Rui Moreira, the Mayor of Oporto

The ceremony was toasted with kosher Port wine. The Museum opened the doors of a fantastic wine room with a wine that is symbolic of the city, as it is produced in accordance with Jewish law from a community that has existed in the city for at least a thousand years.

Michael Rothwell, director of the Jewish Museum strongly recalled that "the city of Oporto - a city of Freedom - was also founded by the Jewish population who lived in the city even before Portugal existed". 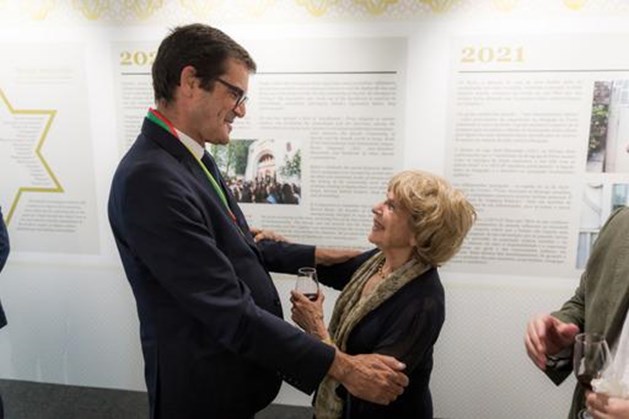 The Mayor of Oporto with the oldest member of the community, Mrs. Marilyn Flitterman. Two old friends

With the edict of Dom Manuel I in 1496, the Jewish Community in Oporto disappeared. It was only officially refounded in 1923.

The Vice President of the Jewish community of Oporto, Isabel Ferreira Lopes, granddaughter of its founder, Captain Barros Basto, recalls that her grandfather was "a liberal par excellence, having raised the flag of the First Republic in the City Hall of Porto. He had incredible strength and was only shot down by slanderous anonymous denunciations that the Portuguese dictatorship took advantage of to attempt to destroy him and the Community. He was a great scholar of Portuguese and Jewish history."