Jews of Portugal and their recent rebirth

(April 26, 2021 / JNS) Experts in global Jewish history believe that highlighting minority voices within the Jewish community has the power to honor its nuances and interconnectedness. JNS’s new series highlighting Jewish ethnic minorities aims to elevate their voices, and in turn, celebrate the beautiful mosaic that is the Jewish people.

The history of Jews in Portugal predates the country’s official founding in 1143, as Jews lived in the kingdom for millennia, even prior to the Roman Empire. The Jewish people have thrived in the land, been expelled from the land, returned, and have, in the past six years, experienced a rebirth. 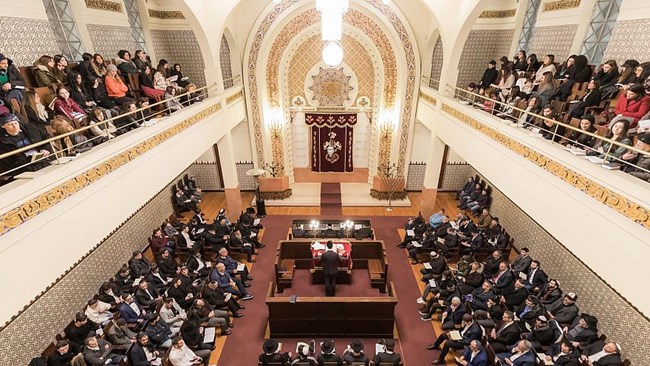 Through the 12th to 15th centuries, the small Jewish community in Portugal, numbering about 70,000 people, thrived and were well-regarded, occupying prominent positions in the kingdom. As the Spanish edict of expulsion was given in 1492, around 120,000 Spanish Jews fled to Portugal, though the Portuguese issued its own edict of expulsion in 1496, causing Jews to flee to Turkey, Morocco, Syria, Amsterdam and other countries. Some remained as practicing Jews and hid; in fact, a community of “secret Jews” continued to practice in the mountains of Portugal but weren’t discovered until the 20th century. Others converted, and thousands were killed. The edict of expulsion was not extinguished until the 19th century, and as a result, there has been very little opportunity for a flourishing Jewish community until lately.

At the end of the 19th century, Jewish settlers from Morocco and Gibraltar, as well as Ashkenazi merchants from Poland, Russia and Germany, began to arrive, founding a congregation in Lisbon, and later Porto, so that by the start of the 20th century, Jewish practice returned to Portugal.

Today, Portugal is home to between 5,000 and 6,000 Jews with the majority in Lisbon and Porto, whose communities have around 500 formal members each. The majority of Jews are scattered throughout Portugal and not affiliated with religious communities. There is also a small community of Belmonte—85 people from the area converted to Judaism before a beit din (rabbinical court) in 1991. “They were the last Portuguese Crypto-Jews,” said Dara Jeffries, a leader of the Jewish community of Porto.

The overwhelming majority of Jewish community members in Portugal are descended from traditional Sephardic families who for centuries lived in Balkan countries such as Macedonia, Greece, Bulgaria and the former Yugoslavia, as well as in in Arab or Muslim countries, including Turkey, Lebanon, Syria, Morocco, Algeria, Egypt, Tunisia and Libya. In these places, marriages between Jews of Portuguese origin and Jews of Spanish origin were common for many generations. The community is therefore a mixed one, with Orthodox, liberal, Ashkenazi and Sephardic backgrounds integrated into one community. 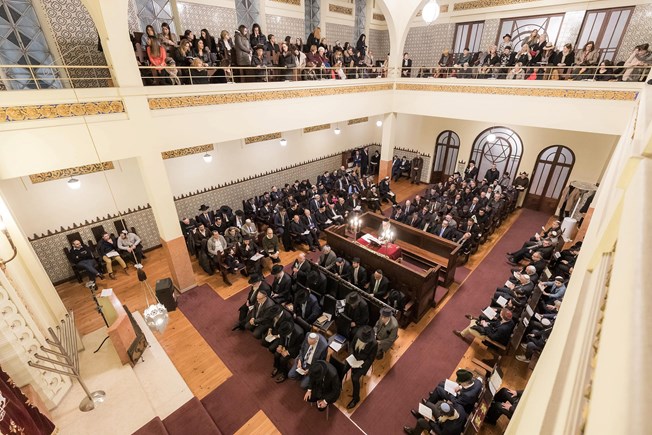 Jeffries splits her time between Portugal and Miami, where she practices law. She was born in Spain to American ex-pat parents who moved to Portugal when she was 8 years old. As a member of the board of the Jewish community, and with her husband, a former president of the board, her family is intimately involved in the community and leads documentation and research efforts at the cultural department there.

“Portugal is a top destination in Europe and the world, as it has a great deal of history, and is a very friendly and welcoming country, and for Jews, it is very safe. Even under fascism, Jews were able to make their way through,” Jeffries told JNS, noting that “refugees from Nazi Germany found their way to freedom through Portugal.”

A boon in tourism and kosher facilities

Portuguese Jews are “very welcoming,” said Jeffries, and enjoy strong Jewish infrastructure, such as youth centers, kosher restaurants and hotel arrangements, a mikvah and museums. In 2019, a Jewish museum was inaugurated in Porto by the president of B’nai B’rith International. This year, a Holocaust museum, in cooperation with B’nai B’rith International and Holocaust museums around the world, was founded in Porto—a first in the Iberian Peninsula.

According to Jeffries, Porto’s Jewish community has members from more than 30 countries, its own rabbinical court and a cemetery. The community has an “ecumenical approach” to relating to their non-Jewish neighbors, said Jeffries, and focuses on education and outreach, cooperating and working on joint projects with the Catholic diocese and Muslim communities, and projecting a “good image of inter-religious harmony.”

Still, there is no high-quality education for children on Judaism and the Jewish people in Portugal, and anti-Semitism has begun “cropping up, like in Europe as a whole. So that is something we are very focused on and our reason for opening the Holocaust museum,” explained Jeffries. “Few knew about the Holocaust in Portugal when I grew up, and there were subtle conspiracy theories in public opinion and in the press.” Those untruths have further spread today, she continued, as anti-Semitic political cartoons and comments about Jews, the global coronavirus pandemic and vaccines have proliferated in the press.

Overall, however, the community is flourishing, according to those familiar with it, and has recently experienced a rebirth. In 2012 and 2013, the main synagogue building in Porto was rehabilitated; the first festivities were held with hundreds of people, and a kosher hotel was opened to serve Jewish tourists. In 2015, legislation was approved allowing descendants of Sephardic Jews expelled from Portugal to acquire Portuguese nationality. 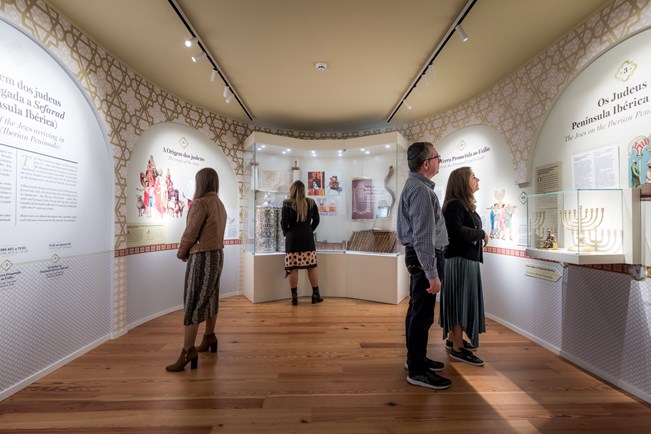 Over the past six years, said Jeffries, the law has seen overwhelmingly positive effects. “There has been huge growth in the Portuguese Jewish community in general; investments of billions of euros by Sephardim in the national economy; the construction of new prayer rooms, mikvahs, Jewish cemeteries, achdut (“unity”) centers for youth, and kosher hotels, restaurants and supermarkets; Jewish museums; a Chabad center; a Holocaust museum; Jewish cinema and the production of four internationally awarded history films.”

The community has also hosted “numerous conferences, festivals, Ladino music concerts, Jewish cultural centers … [is] funding of the recovery of archives from the Inquisition (which were rotting and in peril of being lost forever) … [and encouraging] mass Jewish tourism, including tens of thousands of Sephardic tourists,” she reported.

As for the many thousands of descendants of Portuguese Jews living outside of Portugal, their identity has rarely been retained, although there is much to preserve, according to Jeffries. That includes the language of Ladino, as well as the memories of Portuguese Jews. Through the Porto museums, she hopes to spread knowledge about the Jews of Porto and their history.