Between the 15th of July and the 20th of November, the prestigious Misericórdia do Porto Museum and Church (MMIPO) will host the exhibition "Last Folio": The Future is Memory, which recalls the effect of the Holocaust in Slovakia. The names behind the show are Yuri Dojc, a Slovak photographer who lives in Toronto, and Katya Krausova, a Slovak-born, UK-based film-maker.

The exhibition is in its 46th edition and is made up of photographs of synagogues, cemeteries, mikves and schools that were once the center of Jewish life in Slovakia and are now in ruins.

Among the images, there is one spot that stands out: a Jewish school to which Yuri and Katya were taken as they roamed the streets of the city of Bardejov. Untouched since 1942, the environment kept many books destroyed by time – among them, one that belonged to Jakab Dojc, grandfather of Yuri, who died in Auschwitz. 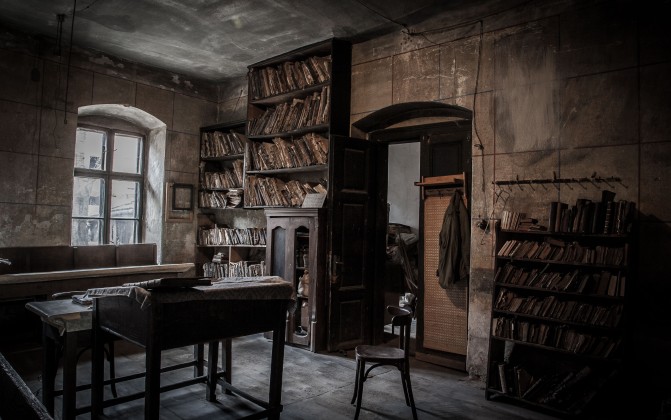 There is also a video with moving testimonies from some of the last Jewish survivors in the region. People who had their lives torn apart by the war and who, having survived, had to learn to get back on their feet.

“I only became interested in it after my father's death... and my mother wasn't able to talk about it. So I never understood the scale of things. However, I understand through others. Through their stories, I outline the story of my parents”, confides Dojc, in the film.

The exhibition is an artistic record of what intolerance is capable of and a warning about the importance of preserving memory so that this and future generations do not allow history to repeat itself. 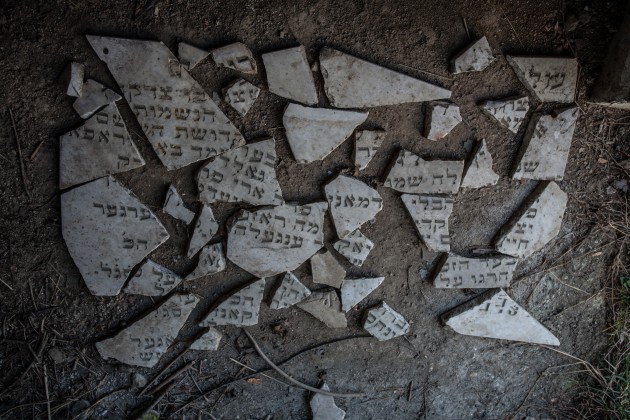 Future generations will not have the opportunity to meet Holocaust survivors. Therein lies the immeasurable value of photographs and videos with testimonials. How was the receptivity of the survivors to talk about their experiences?

It was a great privilege to be able to meet and hear the life stories of the survivors.
They were willing to share with us their painful memories - memories, which in many cases they had not shared before with anyone, often not even with their families

In the emotional sense, what was it like to conduct the interviews with the survivors?

The documentary talks about a "race against time". Indeed, there are fewer and fewer survivors alive - and documents are increasingly frayed. How long did it take to make the film?

As is often the case in researching and documenting life stories of witnesses, it is a long process.
We filmed with the survivors between 2005 and 2014, so nearly 10 years.  The film took 5 years to complete.  The exhibition film is a 20 minute short version of the full length documentary that had been screened at many festivals and in many countries

The exhibition has already been in Lisbon, at the Berardo Collection Museum. Is it possible to share a little of the reaction of the public that was in contact with the photographs and the documentary?

Almost 44,000 visitors came to see Last Folio  in Lisbon- an unexpected number, as most of the period of the exhibition was during partial Covid lockdown and the visitor numbers had to be limited. We understand that many people returned several times.
Hopefully this exhibition will also enable the Portuguese public to open and enlarge more of the conversation about the rich and ancient Jewish cultural memory in this country

The books of Bardejov's old Jewish school appear in the film in a state of decomposition. At the same time, they are invaluable to memory and history. What happened to them after the documentary?

Those that we photographed and filmed, could mostly not be rescued.  Those that were fit for repair have been sent away to be restored.