Film "1618" about the Inquisition in Oporto will be shown by airlines from Kuwait, Saudi Arabia, United Arab Emirates, Qatar, Oman, Jordan, Iraq, Lebanon, Syria, Egypt, Libya, and others.

The film "1618" is an important project produced by the Jewish community of Oporto, which turned its past into a gripping historical film.

In one of its plans to combat anti-Semitism, the community agreed to sell the film to airlines from Kuwait, Saudi Arabia, United Arab Emirates, Qatar, Oman, Jordan, Iraq, Lebanon, Syria, Egypt, Libya, and others.

This film directed by Luis Ismael is based on a true story: the visitation of the Inquisition to the city of Porto in 1618. At the time the entire population was exhorted to denounce heresies under pain of excommunication. In a city where a large part of the population had Jewish ancestry, over one hundred New Christians, among others, were imprisoned, causing terror in the New Christian community, mass emigration and the near total destruction of the city’s economy. Friction between Porto’s judicial authorities, which had always been on good terms with the New Christians, and the inquisitorial visitation reached such a point that guards on horseback surrounded the ecclesiastical court, preventing the “heretics” in custody from being transported to Coimbra. The Visitor even travelled to Spain to give Philip II an account of the events transpired. 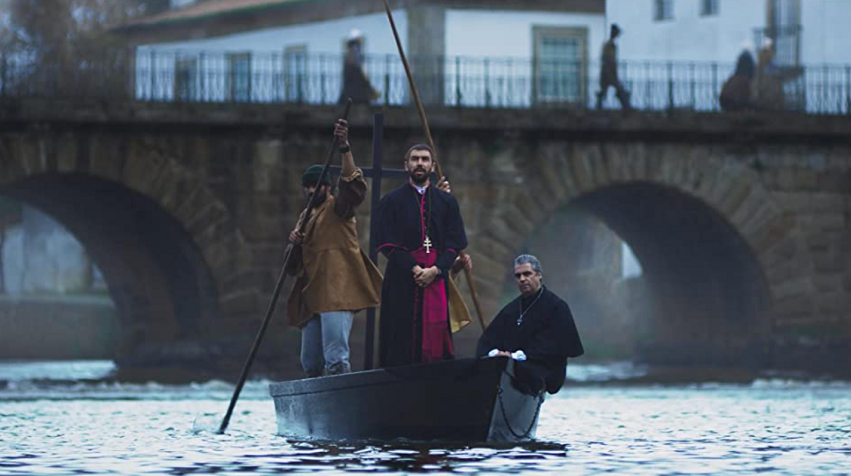 The main action of the film unfolds in places similar to those existing at the time that have meanwhile been destroyed. A number of the characters actually existed in real life and took part in the facts as narrated in the film (the Visitor Sebastião de Noronha, Bishop D. Rodrigo da Cunha, the President of the Court of Appeal Diogo Sousa, the New Christian doctor Nicolau Lopes and his wife Grimanesa Cardosa), thecorregedor represented the authority of the king (and had the powers established in the Philippine Ordinances, namely good administration of justice, maintaining public order and inspecting the jails) and the others characters represent New Christian families in Porto at the time. In those days, the Álvares and Mocatta families were already involved in promoting a Lusitanian philanthropy that extended for centuries around the world. Daniel Dias, in turn, was one of the corregedor’s men, symbolising the new Christian, whose uncommon zeal and ruthlessness were in permanent conflict with his Jewish soul. The fundamental intention of the love story at the end between Daniel Dias and Ana Mocatta is to repeat, on the boat, the story that is said to be behind the official foundation of the Portuguese community in Amsterdam in 1598, with the marriage of a Portuguese man and woman who fell in love on the high seas (Cecil Roth, História dos Marranos, Civilização, 2001, p. 161).

The dynamics of the New Christian community of Porto are portrayed: subordination to the Church, the life of attending Mass and the memory of its Jewish origins, the ignorance of official Judaism as a result of more than a century without synagogues to guide people, the almost total absence of Jewish objects, the pitiful Marrano prayers of some of the New Christians (in particular those originating in the remote villages of the North and the Beira region), the two surviving Hebrew words - Ado-nai and Goyim –, the belief in the coming of the Messiah, the 17thcentury pseudo-Messianic mania (leading to the “false Messiah” Sabatai Tzevi), the communicating houses of many New Christians as if they still lived in the old Jewish quarter of Olival, the network of solidarity created by wealthier members, whose savings were guarded in Flanders, the Portuguese “noble Jews” who arrived in the East (descended from marriages between New Christian women and Old Christians of the nobility), the policy of New Christian marriages and their consequences in the light of Jewish law, the flight to Amsterdam, Antwerp and other cities, and the complicated process of “recognition” (as official Jews) which the New Christians had to undergo when they arrived in their host communities. 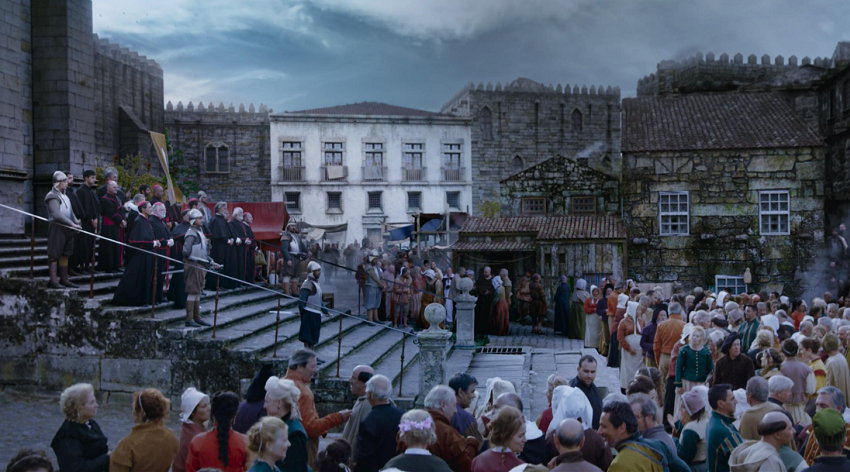 The film faithfully portrays with no melodramatic exaggeration the philosophy of the Holy Office, the doctrine of Saint Thomas Aquinas, the exhortation to accuse heresies, the threat of excommunication, hatred and envy as drivers of accusations, the informers and the collaborators of the Inquisition, the history of the Inquisition in Porto to that date – over 500 processes brought against people born in that city – the prison-carriages, the hideous prisons, life in the cells, the false prisoners who spied on other detainees, the secret cracks through which the jailer snooped into the cells, the fate of the prisoners: torture, public humiliation, garrotting, burning at the stake, a future seriously endangered.

President of the Oporto Jewish Community