At 5.30 pm on 27 January at Oeiras Municipal Library, Memoshoá, Associação Memória e Ensino do Holocausto, whose purpose is to develop work on the education and remembrance of the Holocaust, will announce the Iva Davidoff Investigation Award. This great name of the Portuguese Jewish community deserves to be remembered for all time.

Yvette, or Iva Davidoff, the name she took when she became a naturalised Portuguese citizen, worked for the Jewish Community of Lisbon with profound professionalism and indeterminable dedication for forty-four years, starting in January 1943. Her death in 2012 brought tears to the eyes of all who knew, learnt from or were inspired by her.

Let us talk a little about her life story, once recounted by Iva herself in an interview she gave to the author of this article.

Iva was born in Vienna on 16 February 1921, the only daughter of Rosina Hassan Davidoff, who was Turkish, born in Istanbul, and Desidério Davidoff, also from Istanbul, descended from Russian emigrants from Bessarabia, who became a naturalised Portuguese citizen in 1920 and died in Berlin in 1923, when Iva was only two years old.

Iva kept her strong Western European accent. She had an enviable memory and a sweet look that forgave the hardships of the past.

In 1938, the Anschluss – when Austria was incorporated into Germany – was the cause of many Jews leaving that country with never a look back. Iva and her mother abandoned their residence on a Viennese street, took their dog and fled to Paris, where an uncle lived.

Following the Nazi eruption into Poland, France had declared war on Germany but was unable to withstand the axe of the Germans. On 14 June 1940, the lights of the “City of Light” were extinguished. The Nazis darkened the city with bombs.

Iva and her mother were staying in a hotel on the Champs-Elysées, but this temporary luxury ended. That very night they fled south on the last train for Bordeaux and from there to the city of Pau, in the Pyrénées-Atlantiques, which was behind the line demarcating Free France.

Although the government had moved to the French colonies of North Africa, the deputy prime minister, Henri Philippe Pétain, and the Army Chief of Staff, General Maxime Weygand, signed a cynical truce with Germany. This decision led to the resignation of the prime minister, Paul Reynaud. He was replaced by Pétain, then aged 84 years old.

On 22 June, the Marshal signed an armistice that divided France into two zones – occupied and unoccupied – and with explicit rules: Germany would control the North and West and the entire Atlantic coast. All Jews would be handed over. The army was reduced to 100 000 men. Prisoners would remain captive. The population had to pay the costs of the incursion and stop people leaving the country. Iva Davidoff chose her words well: “This was a free France where the Gestapo was everywhere”. 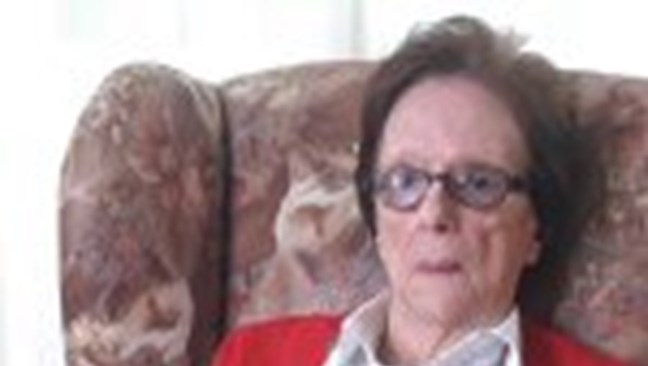 The routine could be felt in the hiding places, but as she said survival “was inside  us”. Only metres away was Gurs – the concentration camp –, which in the Holocaust was used to transform living beings into cadavers. Hanna Arendt, philosopher and journalist, fled from that butchery. A miracle.

Iva lived with her mother in a modest hotel, where survival included selling their last jewellery but she also made miracles. She contacted the prisoners, skeletons with a beating heart. For a short while they were still admitted to hospital, the dying were sent to Pau hospital. It was there that she saw bodies of were frozen arms and legs without a human shape. To relieve their suffering, Iva found two rare treats on the black market: chocolate and cigarettes. Her voice clotted but she did not cry. The image of the talking skulls hurt her. Suddenly, a notification arrived that left no doubts: Iva and her mother should present themselves at Gurs”.

The next day, the Portuguese Consul summoned them. They had a direct connection with Portugal as, three years before he died, her father in 1920 had become a naturalised Portuguese citizen. But the man had bad news: he could not take responsibility for them. “We had no other solution”. They had to run away, again. For the third time.

They walked the fifty kilometres separating Pau from the Pyrenees. There is no need to express my amazement: “No one can get into the mind of someone who is fighting for their lives”, she said.

Having reached Madrid, their next destination was Lisbon. “We had two thousand escudos and a diamond ring”. Two tickets on the Sud-Express train required more cash, more rubies, but even so, they boarded the train. A good soul disguised as a ticket collector appeared. Iva’s mother showed him the money and the ring and asked if that would be enough to pay. This good soul, who was a good Portuguese man, the ticket collector, replied that he would take nothing in exchange. He paid for their trips and gave them food in the restaurant car.

Doughnuts. Fried cakes filled with an eggy filling were the first thing she ate when she came down the stairs at Rossio station. She was so weak that she fainted.

That night, their first in Lisbon, they stayed at the Hotel Metropole in Rossio, where most of the refugees gathered. The following morning, they went to Café Nicola. Two milky coffees. Which were followed by the nicotine habit in a cigarette case. When her mother lit her cigarette downtown Lisbon froze. The men were silent statues. They gazed on an unidentified object: a pretty woman wreathed in smoke.

The uncle, who had been able to leave France, was present despite his distance. He had a friend in Lisbon, Joshua Levy, who suggested a boarding house in Rua Braamcamp. A bad choice. “Twenty-four bedbugs in one night!”

The new boarding house in Rua Castilho was better, there were bug sprays.

They had to work. She took out advertisements to say she could teach English. She was lucky. The student’s house was only a step away. When her mother got shingles – a painful eruption of the skin –, Joshua brought Dr. Elias Baruel. This doctor, who also headed the Refugee Association, came quickly. He treated the mother and gave Iva a job. He asked if she spoke Germany. Laughingly, she replied that she did.

Many of the refugees only spoke Yiddish and it was useful to have someone who spoke the language of the Ashkenazi people. The American Jewish Joint Distribution Committee of Spain hired her as a bookkeeper. Fearing Franco, who was sympathetic to Hitler, the accounts were done in Portugal, a country flooded with refugees, one day they handled two hundred. The help provided was mainly with regard to documentation, medical care, clothing, food.

The end of the Second World War brought with it mixed feelings. Joy did not stifle the sad news: she lost many relatives in the Holocaust. Her 92-year old maternal grandmother dead in Treblinka. Cousins assassinated in Bergen-Belsen and Auschwitz. An aunt who preferred to jump from a fourth floor window rather than be taken to an extermination camp. Her cousin, who did not want to die in Auschwitz and threw herself off a train. Her maternal uncle, who had gone to hospital in Paris in 1940, disappeared.

Iva never returned to the land of her birth, it was something she never wanted to do.