While Qatar can hardly be considered a friend of Israel, harboring as it does Hamas and other Islamic extremists and pouring millions into the Gaza Strip, when it comes to Jews visiting the country for the FIFA World Cup it has been very accommodating, contrary to early reports which painted the country as obstinately refusing to supply kosher food and prayer spaces.

Early reports that Qatar had gone back on its word to permit hot kosher food and Jewish places of worship were “wildly” off base, Rabbi Marc Schneier, president of the New York-based Foundation for Ethnic Understanding, which focuses on improving Muslim-Jewish relations, told JNS.

A well-known figure in Muslim states, Schneier was asked by Qatar’s leadership to help them prepare for Jewish fans coming to the World Cup, which kicked off on Nov. 20 and continues for a month. 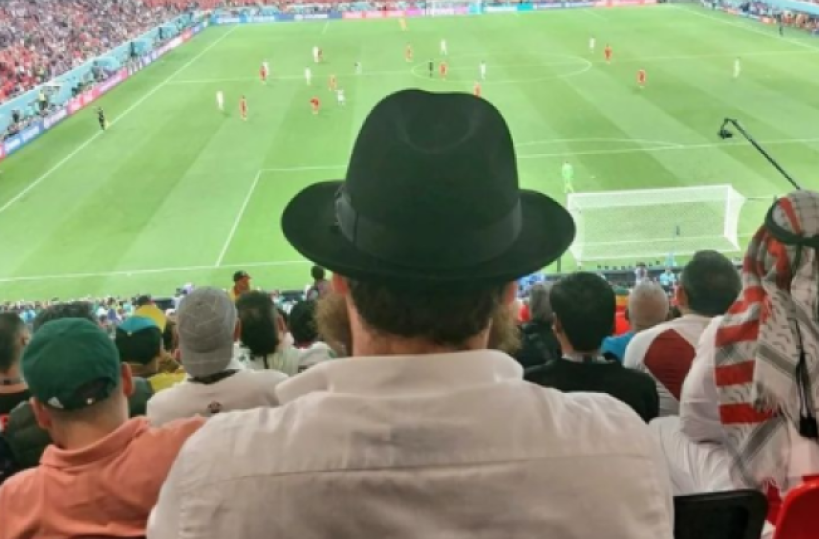 Schneier said the rumor mill started when one paper reported that Qatar wasn’t allowing “cooked kosher food.” That story was picked up by the Hebrew press, which “took out the word ‘hot,’ and then started the rumor that the Qataris banned kosher food altogether.

“I sent them the photographs and not only were they embarrassed, they were apologetic,” he said. “They’ve all retracted their stories.”

“In terms of hot food, it was our decision,” he said. “If I wanted to have hot food, trust me, the Qataris would have supported it 150%.” Schneier said he kept it to bagel sandwiches because he had no idea what kind of demand there would be. “There’s no local Jewish population. You can have one person asking for kosher food, or 100 people. No one knows.”