In the year that the Jewish Community of Oporto, founded in 1923, celebrates its centenary, the organisation is sending out a book to governments, supranational organisations, universities and libraries around the world. In this book, it says that the process initiated last year by the Portuguese authorities “died before its birth and sooner or later it will have to undergo an international investigation”. “The Community officially decrees the end of the regrettable process that was only possible because of major State corruption.” Download the book for free.

Gabriel Senderowicz, President of the Community, recalls that "the Synagogue, the Jewish Museum and the house of the granddaughter of the “Portuguese Dreyfus” were trampled and the Rabbi humiliated the world over, based on anonymous denunciations that accused him of being corrupted by two billionaires he did not know, of controlling registry offices he never visited, and of undertaking technically impossible thefts. The high Court has already declared that such suspicions were based on nothing, yet no one apologised to the Community.”

Entitled “Two Millennia of the Jewish Community of Oporto, the 1923-2023 Chronology”, the book that has now been published explains the process known as “Open Door”, orchestrated by agents of the Portuguese State, mixing executive, legislative, judiciary and media powers to destroy the “Sephardic Law”, reject the large inflow of Israeli citizens, declare all Jewish billionaires who requested Portuguese nationality to be suspicious, and defame the only strong Jewish community in Portugal “based on Soviet antisemitism and inquisitorial tactics”. 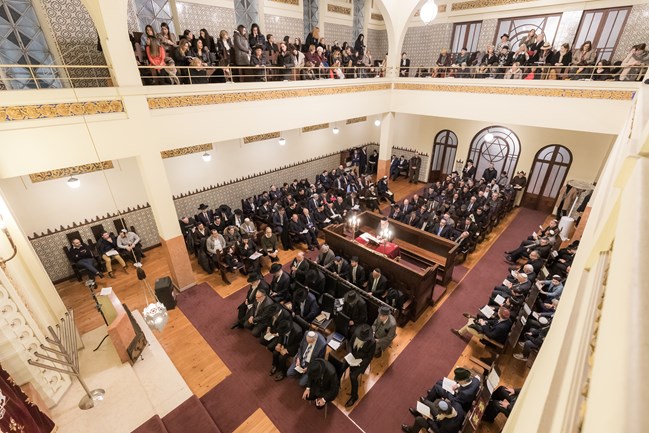 “There is degrading evidence that the judiciary apparatus was used for political ends – as it says in the book –, exchanges of favours between mediocre elites, astounding conspiracy theories, attempted elimination of a young French Jew, at least three break-ins by thieves who entered law offices and private homes during the night, false accusations of drug trafficking and schemes with Russia, the use of anonymous denunciations concocted by agents of the State, people who had spent time in psychiatric hospitals, and convicted of crimes against honour, all in articulation with a murderous media campaign carried out by half a dozen journalists".

The work describes in detail certain facts, “that history has always shown: the union of the powers of the State against officials of the Jewish community, persecution of the benefactors of the people of Israel, mass dissemination of ancient antisemitic myths, linking Jews to money and trickery, inquisitorial tactics by a new “clergy” with the means to carry out mass manhunts, a defamation campaign that dragged on without ceasing for months, mobilisation of public opinion by every means possible, the use of card-carrying thieves and unbalanced persons to incriminate pre-defined targets, and the absolute silence regarding any positive works by the Jewish community to be taken down, including the best Yom Kippur in Europe, the museum receiving the most visitors in Portugal and the film with the most international awards in the history of Portuguese cinema”.

Senderowicz says that the Community will not wait a decade until all is forgotten. “The investigation has been ongoing for a year. The only known suitcases filled with cash during this time were handed to the socialists in the European Parliament for the benefit of certain Arab and Muslim countries, a sort of ‘Palestine cause’ that most probably involves damages to the Jewish and Israeli communities and financing for national political parties.” 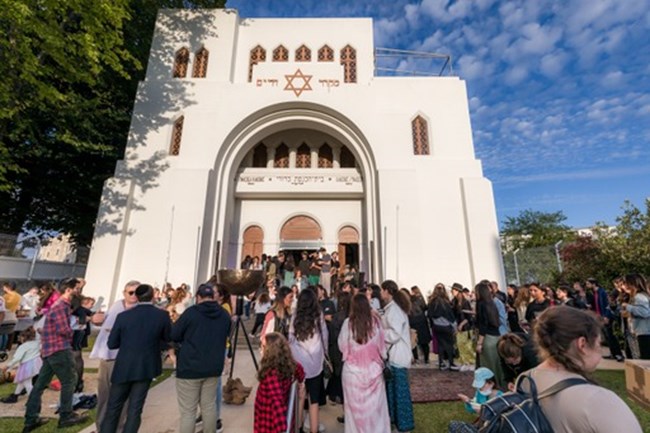 In August, the Jewish Community of Oporto filed a complaint with the European Public Prosecutor's Office with the support of the European Jewish Association (EJA), which represents all communities from Portugal to Ukraine. This Brussels-based organisation had already written to the President of the Portuguese Republic deploring “the comments made regarding the Jewish community as a ‘mafia of passports’ sold to ‘anyone willing to pay’. Such comments play to the basest instincts of the antisemite and as far as the modern public is concerned merely re-heat the trope of the Jew ‘who hungers for money and lacks any principles”. The EJA also recalled that “some Portuguese opinion makers, who have already been involved in high-profile antisemitic incidents, have contributed to this debate.” 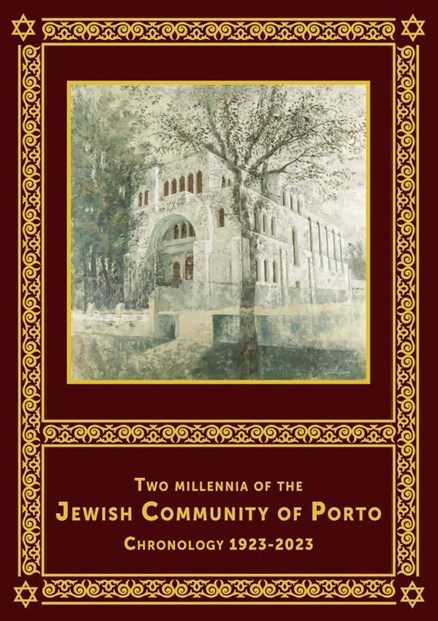 The book now being distributed by the Jewish Community of Oporto contains a letter of solidarity from the President of Israel, Isaac Herzog, and says that the Jewish State “witnessed some of its more prominent citizens in the fields of innovation, entrepreneurialism, entertainment, security, sports, public service and social philanthropy being attacked and even ridiculed in the Portuguese newspapers. For months, honest Israeli families from Europe, Eurasia, Asia and America were saluted every day with serious insinuations of fraud in obtaining Portuguese nationality, in a discourse riddled with expressions of major crime, ill-explained fortunes, bribery, Mossad, cannabis, Wikipedia trickery and similar offences.”

The Community says that “although only 5% of the possible candidates were able to obtain Portuguese nationality through the ‘Sephardic Law’, the name ‘Operation Open Door’ suggests an avalanche of Jews in the country”. It was in this climate of civic assassination of undesirables that the Portuguese government published a regulation that in practical terms destroyed the law.

The book undertakes a “personalised translation” of the new regulation, with its most shocking passage: “Show us the testament that is five centuries old which one of your 524,288 seventh great-grandparents left for posterity before dying of grief from witnessing the destruction of the building where they resided, the entire Jewish quarter and the sacred Jewish cemetery where their ancestors rested.”

On April 25, 2024, the date that marks the fiftieth anniversary of democracy in Portugal, the Community will demand some answers from the Portuguese State:

- Who ordered the March police operation, “based on nothing” according to the Court?

- Who tried to eliminate a young French Jew and why?

- Who robbed the residence of the former President of SIRESP to steal two computers?

- Who robbed the office of a lawyer from Oporto to steal the server?

- Who robbed the residence of a lawyer with a "suspicious" surname and why?

- Who orchestrated and used allegations of convicted slanderers?

- Who orchestrated and used individuals with stints in psychiatric hospitals?

- Who led the “communication strategy” against the strongest Jewish community in Portugal and the "Sephardic law"?

- What are the names of the characters that “distributed the game” through the media?

- What does "a Palestine cause" mean?