Since 1966, Aristides de Sousa Mendes has been recognized as Righteous Among the Nations – a title bestowed by Yad Vashem on non-Jews who risked their lives to save Jews during World War II. 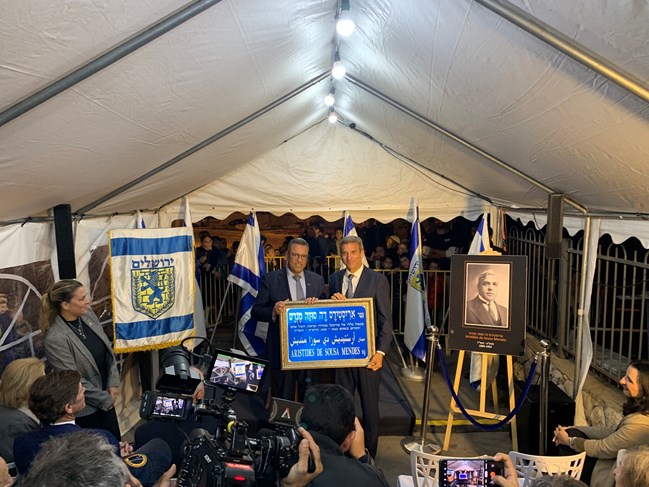 "It is a great honor for the capital city of the Jewish people to inaugurate the square today in the name of Mendes, a Righteous Among the Nations, who risked his life and saved many Jews from the terror of the Nazis during World War II,” Jerusalem Mayor Moshe Lion said.

Four Portuguese received the title of Righteous Among the Nations

In addition to Aristides de Sousa Mendes, there are three other Portuguese who received the title of Righteous Among the Nations.

Joseph Brito Mendes and his wife, Frenchwoman Marie-Louise, risked their lives hiding Cécile Berkovic, the daughter of a neighboring couple, in St. Ouen, near Paris. Cecile's parents were deported and killed. On the Yad Vashem list, Brito Mendes appears as a French citizen.

Carlos Sampaio Garrido was Portuguese ambassador to Hungary between 1939 and 1944. Due to Allied bombers, the embassy moved to a house 60 km from Budapest, where it housed about ten Hungarian citizens, most of them Jews. After the German occupation of Hungary, the Hungarian political police tried to arrest the sheltered, but Sampaio Garrido resisted and prevented it.

Joaquim Carreira was rector of the Pontificio Collegio Portoghese, in Italy, which housed Portuguese priests who studied at Italian universities. In September 1943, when Italy was occupied by the Germans, Carreira offered shelter to several people persecuted by the Nazis, including three members of the Jewish Cittone family.