On the 28th and 29th of August, Jewish leaders from around the world gathered in Basel, Switzerland, to celebrate the 125th anniversary of the First Zionist Congress. The event was organized by the World Zionist Organization (WZO) and recalled the efforts of Theodor Herzl, who in August 1897 convened a Zionist congress to deliberate on the founding of the State of Israel.

According to Yaakov Hagoel, president of the World Zionist Organization, “Herzl's vision spoke of the establishment of a Jewish leadership that would lead the Jews of the world to one national home, and exactly 50 years after the establishment of his dream, the State of Israel was established”. 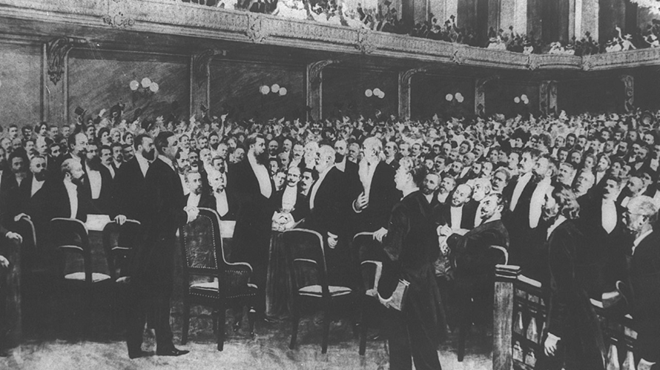 The delegates at the First Zionist Congress (1897). Credit: National Photo Collection of Israel

The commemoration brought together thousands of participants from around 40 countries. In addition, it was attended by entrepreneurs and innovators who shared his vision to enable a prosperous Jewish future.